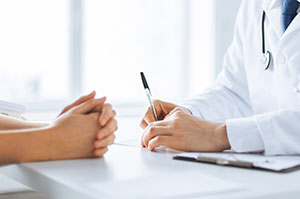 In the largest series of arrests for Medicare fraud to date, 243 health care workers—including 46 doctors, nurses, and other licensed medical professionals—were nabbed in a nationwide sweep. The Medicare Fraud Strike Force, which includes personnel from the FBI, the Department of Health and Human Services (HHS), the Department of Justice (DOJ), and local law enforcement organizations, led the takedown in 17 areas over the course of three days. It is alleged that the health care professionals generated roughly $712 million of fraudulent Medicare billings.

The charges run the gamut from kickbacks to money-laundering to identity theft to just plain, old-fashioned fraud. One California doctor in particular supposedly created nearly $23 million in fraudulent billings. This one doctor’s illegal actions encompassed more than 1,000 powered wheelchairs, as well as certain home health services that were not only medically unnecessary, they were frequently not even supplied.

Some cases involved overstating the amount of time that individual treatments took; others consisted of billing Medicare millions of dollars for unneeded or non-requested equipment. Prescription drugs played a part as well: the FBI claims that more than 44 defendants defrauded the prescription drug program that is known as Medicare Part D.

Some other specific situations that were part of the sweep were:

After the arrests, a number of providers were suspended by the Centers for Medicare & Medicaid Services as well.

For the record, U.S. Attorney General Loretta Lynch noted, “This action represents the largest criminal health care fraud takedown in the history of the Department of Justice, and it adds to an already remarkable record of enforcement. The defendants charged include doctors, patient recruiters, home health care providers, pharmacy owners, and others. They billed for equipment that wasn’t provided, for care that wasn’t needed, and for services that weren’t rendered.”

The level of fraud is staggering. Fortunately, people who care about stopping such crooked practices are on the case and continue to come forward.