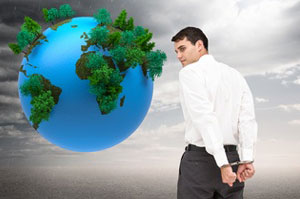 Environmental regulations are part of our lives, and rightly so. We need to keep from trashing our home, this planet, for ourselves and for future generations. A lot of time, effort, and money have gone into cleaning up old messes and preventing new ones, from the fossil fuels industry to nuclear plants. However, as always, the fraudsters are looking for opportunities.

The False Claims Act (FCA), and qui tam suits arising from the FCA’s regulations, are becoming more common in the area of environmental fraud. Substantial funds from the federal government are often involved with environmental contracts, and it can be hard to prove fraud after the fact when it comes to violating environmental statutes. This creates opportunities for tempting scams for the less-than-honest. But such claims can be difficult, and expensive, for the government authorities to detect and prove. Offices are often understaffed and, of course, underfunded. Therefore, it falls upon whistleblowers to bring wrongdoers to justice. Without the help of whistleblowers and their first-hand knowledge, many cases of environmental fraud would go undetected.

The aircraft and defense contractor Lockheed Martin agreed to pay $5 million to settle FCA and Resource Conservation and Recovery Act (RCRA) claims. They did so to put to rest allegations they violated the RCRA and thereby purposefully submitted false claims for payment involving the Paducah Gaseous Diffusion Plant in Paducah, Kentucky.

It is alleged that Lockheed Martin violated the RCRA, the statute that spells out how hazardous waste must be managed, because they did not:

The government also alleged that breaking the statutes resulted in false claims for payment under contracts with the Department of Energy (DOE).

Two qui tam lawsuits were settled in the process, filed by several former Lockheed Martin employees at the Paducah plant. Because the U.S. government partially intervened, the suits were consolidated. The whistleblowers received $920,000 collectively.

Whistleblowers do make a difference.

The FCA provides whistleblowers with certain financial incentives to report wrongdoing, because a successful suit can result in collecting between 15 and 30 percent of any money recovered. And, as previously mentioned, the role of whistleblower in environmental suits is crucial.

To prove a claim, whistleblowers must successfully allege the following:

The information must be presented to the federal government, and the whistleblower must be an original source of the information, to bring a case under the FCA.

Because certain other areas come into contact with the environmental legal sector, a number of federal laws protect whistleblowers. Some of the laws include:

Additionally, whistleblowers for environmental fraud may enjoy protections under other provisions, such as 42 U.S.C. § 1983, which protects them from retaliation if their actions are protected by the First Amendment. Of course, all of the protections arising from the FCA also apply.

If you blow the whistle on prohibited activities, or engage in any activity that is legal under whistleblower law, and you are retaliated or discriminated against, you are protected. You can file a complaint, or might even be able to have another (such as a union representative) file the complaint on your behalf. Generally, nearly any employee can be protected, whether private, state, municipal, or federal. Certain authorized employee representatives may also be protected under the statutes.

Employees who deliberately cause a violation of federal environmental law and who are not acting at the direction of their employer are not protected.

In general, federal environmental whistleblowers enjoy a fair number of protections. If you have evidence of fraud and are considering stepping forward, you have a lot of options worth considering, and each option has its own set of protections.