On November 2, 2014, a Minnesota patient detached a metal bar from his hospital bed and used it to attack four nurses; one nurse suffered a collapsed lung, another broke her wrist, and the others had cuts and bruises . . . as well as bad memories of the night.

While some people might view the frightening event as an oddity, the Bureau of Labor Statistics reports that healthcare workers are some of the most likely workers to be attacked while on the job. According to OSHA, two out of three (on-the-job) physical assaults happen in the medical care and social service industries, and the numbers are going up. A survey underwritten by the Foundation of the International Association for Healthcare Security and Safety (IAHSS) found that the number of crimes increased by nearly 37 percent in just two years, from just under 15,000 in 2010 to more than 20,500 in 2012. Reported crimes included simple assault, larceny and theft, vandalism, rape, sexual assault and homicide. Even more disturbing than this increased number of violent crimes in healthcare settings is the likelihood that many incidents are not reported – at least one half, according to U.S. Department of Justice estimates.

I was appalled to read an August 12 AP news report about asbestos production in India being hailed as a form of social welfare, a way to save lives and elevate the living standards of some of the world’s poorest people. India is already the world’s biggest importer of asbestos, which they say provides 300,000 jobs. Guess who the world’s biggest exporter is? Russia.

Are they completely overlooking the fact that asbestos has been linked to deadly diseases like lung cancer, mesothelioma and asbestosis, sometimes developing 20 to 40 years after exposure? Or that dozens of countries — including Japan, Argentina and all European Union nations — have banned it entirely, and others, like the U.S., have severely curbed its use? 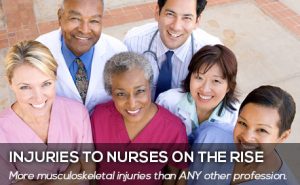 “Health care reform” . . . Those three words have become a part of our national language, especially in the last few years. It’s an ongoing process. Did you know it has been ongoing for almost 200 years? Whose name do you associate with health care reform? Hillary Clinton? Barack Obama? How about Florence Nightingale.

Florence Nightingale was born in Florence, Italy, to a prominent British family who expected her to marry a wealthy man, someone befitting her social standing. Florence, however, had other ideas. In fact, she had what she felt was a divine calling to minister to the ill and the poor. Against her family’s wishes, she became a nurse and embarked on a career that changed medical care from then on.

Of especial note was a new emphasis on sanitation in hospitals. The practices Florence Nightingale instituted reduced the death count at a British base hospital during the Crimean War by two-thirds. Her writings sparked worldwide health care reform.

Sometimes it takes a mental picture to get across an important message. Try this one: Visualize the end zone of USC’s or Clemson’s football stadium; now imagine that 3 out of every 4 seats are occupied by individuals who have a permanent disability due to a traumatic brain injury. That’s how many South Carolina residents are living with physical, cognitive and behavioral limitations due to a TBI which they survived . . . 61,000 in the state of South Carolina. 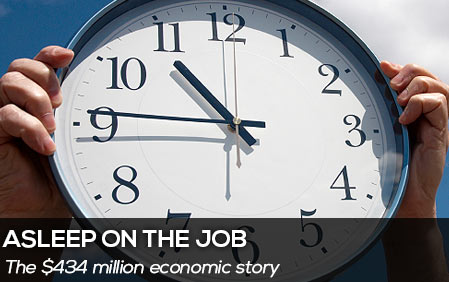 END_OF_DOCUMENT_TOKEN_TO_BE_REPLACED

Federal safety officials are warning employers to take steps this winter to protect workers from serious – and sometimes fatal – exposure to carbon monoxide.

The move follows a recent workplace injury incident in a New England warehouse where a worker was found unconscious and having a seizure from carbon monoxide poisoning. Several other workers at the site also became sick. The facility had no exhaust ventilation, and all of the windows and doors had been closed to conserve heat.

Job sites in South Carolina that use gas equipment or heaters can pose a danger to the men and women who work there. The risk increases during winter – when doors and vents are closed to keep out the cold.

END_OF_DOCUMENT_TOKEN_TO_BE_REPLACED

Failure to make workplaces fully safe and accessible may be behind recent findings that workers with disabilities are injured almost twice as often as other workers. A study that appears in the September issue of the American Journal of Public Health concludes that improvements to workplace conditions could help disabled workers avoid injuries.

END_OF_DOCUMENT_TOKEN_TO_BE_REPLACED

People who work evening or night shifts, rotating shifts or irregular shifts may suffer from a serious but invisible workplace danger: an increased risk of heart attack or stroke.

Researchers who examined the results of more than 30 different studies found that shift workers are more likely than others to have a heart attack or stroke, according to a report on MedlinePlus.

The experts looked at information from more than 2 million patients. They found that shift workers are about 23 percent more likely to have a heart attack than non-shift workers. They are also about 5 percent more at risk for strokes.

END_OF_DOCUMENT_TOKEN_TO_BE_REPLACED

A Burlington Northern Santa Fe Railway employee was awarded $2 million by a Yellowstone County, Montana jury for an injury he suffered in 2001.

The employee tripped over a radio handset cord in the locomotive and fell down three steps. The man suffered back injuries that required surgery and has left him with chronic pain. Although the man is currently working at the railroad as an engineer, his attorney said he will probably be medically discharged from his job in the future

Prior to the start of the trial, the presiding judge ruled that the railroad could not argue that the employee contributed to his own injury because the railroad had thrown away the handset and cord.

END_OF_DOCUMENT_TOKEN_TO_BE_REPLACED

A Marshall County, West Virginia jury found American Electric Power (AEP) negligent in a 2007 explosion, and they must pay close to $7 million to the family of a man that died in the explosion.

The lawsuit was brought on behalf of a Tyler County, WV man who was a truck driver at the Muskingum River Power Plant. The family’s lawyer claimed the explosion was caused by dangerous conditions on the facility’s hydrogen storage tank. They also claimed there an explosion 15 months prior and AEP had not taken any corrective actions to prevent a similar accident.

An Ohio jury had recently returned a $6 million verdict against AEP for a man who was injured in the same explosion.