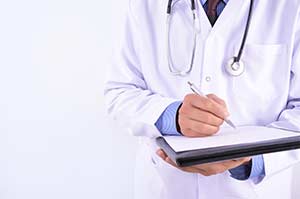 A sleep therapy products supplier, Respironics Inc., based in Pennsylvania, agreed to resolve charges of False Claims Act violations by paying $34.8 million because of a qui tam suit brought by a whistleblower. The agreement, announced in March 2016 by the U.S. Department of Justice, claims that kickbacks in the form of free call center services were paid by Respironics. These free services were supposedly given to durable medical equipment (DME) suppliers who bought sleep apnea masks from the Pennsylvania company during the period from April 2012 to November 2015.

The suit alleged that the Anti-Kickback Statute, which prohibits intentional payment of any kind meant to generate the referral of services or items paid for by a federal health care program, was violated. Therefore, any claims submitted to Medicare, Medicaid, or TRICARE (a health care program of the United States Department of Defense Military Health System) for these items would become false claims, according to the provisions of the False Claims Act.

The details are as follows: It is alleged that Respironics provided DME companies with free call center services, known as medSage, which would take care of the resupply needs of their patients, as long as the patients were using sleep apnea masks made by Respironics. If patients began using masks not made by Respironics, then the DME companies would have to pay monthly fees to use the call center. These fees would be pro-rated based on the number of patients who were utilizing non-Respironics masks.

The whistleblower and original bringer of the qui tam suit, Dr. Gibran Ameer, has been employed by different DME companies. His share of the recovery amounted to $5.38 million. Under the False Claims Act, private citizens who know about fraud against the government can bring a suit on behalf of the United States. If a whistleblower’s suit is successful, they share in the recovery by receiving an amount between 15 and 30 percent of the federal portion. In this case, Respironics will pay approximately $34.14 million to the federal government and $660,000 to state governments, depending on their participation in Medicaid.

US Attorney Bill Nettles of the District of South Carolina commented, “This office has made a substantial commitment to combating fraud. Our commitment has made this district one of the leaders on behalf of whistleblowers. We hope that those who commit fraud will recognize that it is our goal to make the consequences more than just the cost of doing business.”

The U.S. Attorney’s Office of the District of South Carolina had a hand in the settlement, as it was a coordinated effort that also included the Civil Division’s Commercial Litigation Branch, the HHS Office of Counsel to the Inspector General and Office of Investigations, and the National Association of Medicaid Fraud Control Units. There was no determination of liability in the settlement.