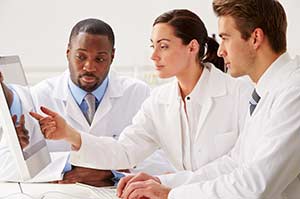 Cancer is difficult enough to endure, with many uncomfortable procedures, without you or a loved one having to worry about undergoing unnecessary ones. But that’s exactly what it is alleged that 21st Century Oncology Inc., headquartered in Florida and the US’s biggest physician-led integrated cancer care provider, did in many cases. Adding insult to injury, 21st Century Oncology billed $34.7 million for these medically-unnecessary procedures.

In the False Claims Act (FCA) case against them, it is alleged that the company both deliberately and improperly billed for a specific procedure in circumstances where there was no legitimate medical purpose to perform it. The procedure in question—the Gamma function—measures the exit dose of radiation in patients who have received radiation cancer treatment.

The federal government also alleged that:

The suit was originally brought under the qui tam whistleblower provisions of the FCA by Joseph Ting, who formerly worked as a physicist at South Florida Radiation Oncology. Under the provisions of the Act, Ting will receive more than $7 million for his part as a relator in the suit.

US Attorney A. Lee Bentley III for the Middle District of Florida commented, “The US Attorney’s Office is committed to taking the steps necessary to protect Medicare, TRICARE, and other federal health care programs from fraud. Health care providers may bill for new technologies only when they have been proven to be useful and when individual physicians and staff have been trained to use them properly.”

The headquarters for 21st Century Oncology Inc. is located in Fort Myers, Florida, but it has offices in 16 states.

This settlement is based on allegations only. No determination of liability has been made against 21st Century Oncology Inc. or any of its subsidiaries.