Did Santa leave a moped at your house this year? These motor bikes have become increasingly popular forms of transportation for adults as gas prices have soared. Kids love ‘em because, under South Carolina law, they can enjoy the freedom of the road at only 14 years of age. And DUI offenders are grateful to be able to operate a vehicle which doesn’t require a driver’s license, insurance or payment of property taxes or fees.

Some or all of this could change in South Carolina if legislators are successful in amending moped laws this year. The first regular session of the 121st South Carolina General Assembly will convene on Tuesday, January 13, 2015. Over the last two weeks, hundreds of bills have been pre-filed in the House and Senate, several of which seek to strengthen the regulation of mopeds.

Hours-of-service rules for truck drivers in the U.S. went virtually unchanged for more than 60 years, until they were revised in 2013. But two of those provisions were short-lived, thanks to lobbying by the trucking industry and the business community. An amendment tacked on to the FY 2015 omnibus appropriations bill, signed into law on December 16, suspends at least until October 1 changes made in 2013 that limit use of the “34-hour restart” to once in a seven-day period and require that it include two off-duty periods between 1:00 a.m. and 5:00 a.m. The restart rules have now been rolled back to the pre-2013 status.

FMCSA Administrator Anne S. Ferro said in 2013, “With robust input from all areas of the trucking community, coupled with the latest scientific research, we carefully crafted a rule acknowledging that when truckers are rested, alert and focused on safety, it makes our roadways safer.”

When Martha Stewart says, “It’s a good thing,” she certainly can’t be talking about South Carolina’s No. 1 ranking in the latest report from Car Insurance Comparison.

The scoreboard, released earlier this month, shows South Carolina tied with Montana in the contest for which state has the worst drivers, based on statistics from the National Highway Traffic Safety Administration (NHTSA).

“If you’re living in one of these states, you might want to be extra careful when you’re out on the road,” they said. That’s exactly what Louthian Law has been urging since 1959 when we began helping people injured in South Carolina car and truck accidents and pedestrians and bicyclists harmed by careless drivers.

Some sentimental songs appeal to our natural instinct to make our homes a warm and safe haven for loved ones and/or to return to such a place. If your vision of cozy holiday décor includes scents of the season wafting from flickering candles, you may be adding an element of danger not intended by the songs’ lyrics.

According to a December 2013 report from the National Fire Protection Association, the risk of home fires caused by candles jumps significantly during the winter holidays, both because candles are frequently lit during this time and because of the combustible seasonal decorations also in the area. Twelve percent of home candle fires occur in December, 1.5 times the usual monthly average. The top three days for home candle fires are Christmas, New Year’s Day, and Christmas Eve.

“The buzz” is achieved by drinking alcohol to a BAC level of 0.01 to 0.07 percent, less than the 0.08 BAC of drunk driving. And “what’s a-happening” is that lots of folks are going to be doing it between now and New Year’s Day and getting behind the wheel. They’re going to think – mistakenly – that because they are only buzzed, rather than drunk, they’re unlikely to cause an accident.

Researchers at the University of California, San Diego, however, have found that even “minimally buzzed” drivers are more often to blame for fatal car crashes than sober drivers. After analyzing statistics from the nationwide Fatality Analysis Reporting System (FARS), they concluded: “There appears to be no safe combination of drinking and driving . . . .” There is no sudden transition from sober (blameless) to drunk (dangerous). Rather, the progression is even and linear from a BAC of 0.01 to BAC 0.24. Even a small amount of alcohol can cause a fatal crash.

END_OF_DOCUMENT_TOKEN_TO_BE_REPLACED

Early one morning in late August, an 82-year-old woman wandered away from her Batesburg, SC, nursing home. She was found nearly eight hours later; fortunately, she was unharmed. If this incident had occurred during winter weather, or if she had wandered into the path of a vehicle, the outcome could have been tragic.

In elder care terminology, this nursing home resident “eloped.” The National Institute for Elopement Prevention and Resolution defines elopement as “when a patient wanders away, walks away, runs away, escapes, or otherwise leaves a care-giving facility or environment unsupervised, unnoticed, and/or prior to their scheduled discharge.” Another term sometimes used is “critical wandering.”

On Sunday, November 16, the Medical University of South Carolina in Charleston hosted an observance of A Day of Remembrance for victims of traffic accidents. In 2012, 863 people lost their lives on South Carolina highways, according to the Insurance Institute for Highway Safety: 38% were occupants of passenger cars; 27% were in pickup trucks or SUVs; 1% were in large trucks; 13% were motorcyclists; 14% were pedestrians; and 2% were on bicycles.

But the MUSC day of remembrance was not just a local event. The third Sunday of November each year is the World Day of Remembrance for Road Traffic Victims. Starting with a 1995 advocacy movement under the umbrella of the European Federation of Road Traffic Victims, the initiative has increased to include countries on every continent around the world. Promotion by the World Health Organization (WHO) led to an endorsement of the World Day by the United Nations in 2005. 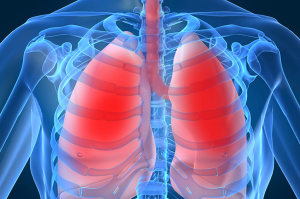 With November being Lung Cancer Awareness Month and the 20th being designated as the Great American Smokeout, a day on which smokers are encouraged to make a plan to quit, we were especially interested to learn that South Carolina ranks third worst in the nation for combating lung cancer, according to a survey by Wallet Hub.

Wallet Hub, whose goal is to help consumers and small business owners make better financial decisions and save money, analyzed data from the U.S. Census Bureau, the CDC, the EPA, the American Cancer Society, and other sources. They looked at such things as air quality, price of cigarettes, cigarette taxes, number of smokers, lung cancer rates, and smoking bans, among other factors. Here are some of the other rankings for the Palmetto State when it comes to lung cancer:

END_OF_DOCUMENT_TOKEN_TO_BE_REPLACED

In 1791, James Madison wrote the Bill of Rights to provide constitutional protection for individual liberties and prevent the abuse of governmental power. Nearly 200 years later, in 1987, the federal Nursing Home Reform Law was written to include the guarantee of certain rights to some of our country’s most vulnerable citizens — nursing home residents. All nursing homes which participate in Medicare or Medicaid must meet the requirements of this bill of rights. Additionally, some states – South Carolina included – have enacted state laws to protect the rights of residents of nursing homes, assisted living facilities and adult care homes.