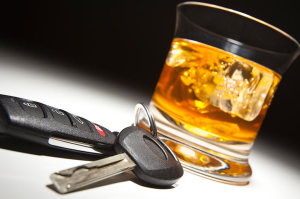 “The buzz” is achieved by drinking alcohol to a BAC level of 0.01 to 0.07 percent, less than the 0.08 BAC of drunk driving. And “what’s a-happening” is that lots of folks are going to be doing it between now and New Year’s Day and getting behind the wheel. They’re going to think – mistakenly – that because they are only buzzed, rather than drunk, they’re unlikely to cause an accident.

Researchers at the University of California, San Diego, however, have found that even “minimally buzzed” drivers are more often to blame for fatal car crashes than sober drivers. After analyzing statistics from the nationwide Fatality Analysis Reporting System (FARS), they concluded: “There appears to be no safe combination of drinking and driving . . . .” There is no sudden transition from sober (blameless) to drunk (dangerous). Rather, the progression is even and linear from a BAC of 0.01 to BAC 0.24. Even a small amount of alcohol can cause a fatal crash.

Thus, the campaign to reduce highway deaths has expanded to include, in effect, DWB as well as DWI. Take the online campaign of the National Highway Traffic Safety Administration in partnership with AdCouncil. Readers are urged to take the following pledge:

So far, more than 18,000 people have pledged not to drive while buzzed. But that’s just a drop in the mug, so to speak, considering the millions of people on the roads during the holiday season.

According to the National Institute on Alcohol Abuse and Alcoholism, 2 to 3 times more people die in alcohol-related wrecks from Thanksgiving through New Year’s Day than at other times of the year. Forty percent of traffic fatalities during the holidays involve a driver who is alcohol-impaired, compared to 31 percent for the rest of the year.

From November 26 to November 30 this year, seven people were killed in traffic accidents in our state, according to the South Carolina Department of Public Safety. Within the next two weeks, two more high-fatality holidays will occur and it’s likely that the statistics this year will follow the usual pattern. It’s such a shame: the late-year holidays should be times of joy and celebration, not occasions that will forever after be linked to many families’ last memories of their loved ones.

If you or your loved ones are harmed by a negligent driver – whether it’s someone with a BAC over the legal limit or a party-goer who “just” has a buzz on – call the Louthian Law Firm. With more than eight decades of combined legal expertise, we’ll be glad to set up a free initial consultation so we can review the details of your accident and give you seasoned advice after the holiday season’s happenings.