On November 2, 2014, a Minnesota patient detached a metal bar from his hospital bed and used it to attack four nurses; one nurse suffered a collapsed lung, another broke her wrist, and the others had cuts and bruises . . . as well as bad memories of the night.

While some people might view the frightening event as an oddity, the Bureau of Labor Statistics reports that healthcare workers are some of the most likely workers to be attacked while on the job. According to OSHA, two out of three (on-the-job) physical assaults happen in the medical care and social service industries, and the numbers are going up. A survey underwritten by the Foundation of the International Association for Healthcare Security and Safety (IAHSS) found that the number of crimes increased by nearly 37 percent in just two years, from just under 15,000 in 2010 to more than 20,500 in 2012. Reported crimes included simple assault, larceny and theft, vandalism, rape, sexual assault and homicide. Even more disturbing than this increased number of violent crimes in healthcare settings is the likelihood that many incidents are not reported – at least one half, according to U.S. Department of Justice estimates. 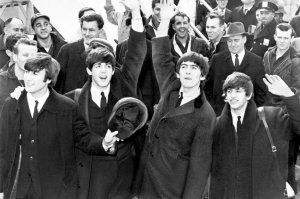 When I get older, losing my hair, many years from now

Will you still be sending me a valentine, birthday greetings, bottle of wine?

If I’d been out ’til quarter to three, would you lock the door?

END_OF_DOCUMENT_TOKEN_TO_BE_REPLACED 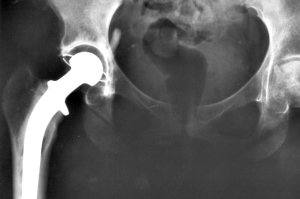 At the annual conference of the American Academy of Orthopaedic Surgeons earlier this year, Mayo Clinic researchers reported that 2.5 million Americans are living with artificial hips, surgically implanted when their natural joints degenerated or were fractured. Most of these patients found themselves with a new lease on life after their surgery, able to resume the normal activities they had enjoyed before their hips gave out. For thousands, however, the hip replacement devices led to disappointment, debilitating pain, and do-over surgery.

According to the FDA, between 1992 and 2011, nearly 40,000 patients suffered ‘adverse reactions’ from metal-on-metal hip joint replacements, including the Stryker Rejuvenate Modular-Neck and the ABG II Modular-Neck devices. The adverse reactions included metallosis (the release of metal ions into the tissue and blood stream); necrosis (premature tissue death); osteolysis (bone dissolution); and pain and loosening of the hip implant, requiring revision surgery. In 2012, Stryker announced a recall of these two products. Thousands of lawsuits followed.

This is a question currently being debated in South Carolina courts in the case of Alberta Major v. City of Hartsville. Ms. Major was a student at Coker College in Hartsville, South Carolina in December of 2008. In walking on the city-owned sidewalk and adjacent grassy area on a street corner near campus, she stepped in a rut created by cars short-cutting the corner, injuring her ankle and incurring the cost of medical treatment and physical therapy. She sued the City for failure to maintain and repair the defect.

However, the Tort Claims Act provides that governmental entities are not liable for a loss arising out of a defective highway, road, street, causeway, bridge or other public way if they did not receive “actual or constructive notice” of the problem. The Circuit Court and the Court of Appeals granted summary judgment to the City of Hartsville, writing, in essence, that even if the City might have known that there was a general condition caused by vehicles cutting across the grassy corner, they did not have constructive notice of the particular depression, rut or hole that caused Major’s ankle injury. 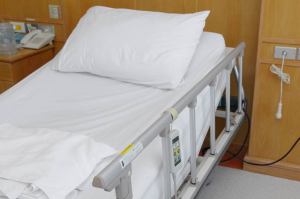 Bed rails are metal bars used on the sides of beds to keep sleeping people from rolling out onto the floor. They’re most often used by parents of small children or families and caregivers of the elderly. While they may help prevent a rude awakening, they can also inflict injuries and death when a person becomes entrapped or strangled by the device.

According to the Federal Drug Administration (FDA), there are about 2.5 million hospital and nursing home beds in use in the United States, many of which are equipped with bed rails, and hospital-type beds are also often used in residences where elderly patients receive home health care. Bed rails used in these situations are considered medical devices and are overseen by the FDA. The agency provides manufacturers of bed rails with guidance on the design of safe and effective hospital beds and bed rails and requires manufacturers to adhere to certain medical device regulations, such as the timely reporting to the FDA of problems associated with bedrails.

We usually expect an increased number of car accidents during certain seasons – winter and the summer vacation period being two – but we’re coming up on another season in which roads can be hazardous . . . deer season.

It’s a great feeling to be riding along country lanes and rural roads in the autumn, enjoying the cool air and colorful scenery. But about 45 percent of deer-vehicle collisions occur here during October and November. They also tend to happen most frequently near sunrise and sunset, because that’s when deer tend to be on the move.

Drivers in South Carolina have a 1 in 93 chance of striking a deer during a 12-month period, according to research by State Farm Insurance Company. In fact, we’re in the top ten states for deer collisions, coming in at #10; our neighboring states of North Carolina and Georgia are #12 and #21, respectively. 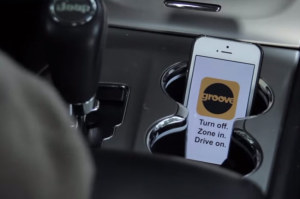 As we’ve reminded you several times (see this blog, and this one, and this), distracted driving is a major problem on our roads, causing the deaths of an estimated 15 people every day. And yet, news reports and statistics show that people continue to use their cellphones to stay constantly in touch, even while they’re behind the wheel of their vehicle. Awareness is not the issue . . . behavior is the issue. Obviously, it’s going to take more than verbal warnings to end texting and driving, and one Colorado-based tech company is doing just that.

As you may know, my son and I have a shared interest in rock music and playing the guitar. There’s even a little video about it on the Louthian Law website.

So I was especially interested when I read about a novel approach to educating teens about the dangers of distracted driving – a music video contest. It was highlighted in a publication by the Governors Highway Safety Association titled “Distracted & Dangerous: Helping States Keep Teens Focused on the Road.” 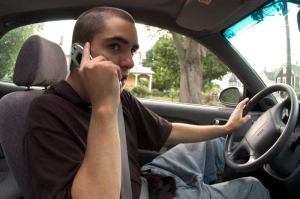 Would you allow your teenager to participate in an activity in which he or she has a one in 1,500 chance of dying? Those are the odds they face when behind the wheel of a car, according to one advocate for teen safety.

Tim Hollister of Hartford, Connecticut, is an environmental lawyer. As important as his vocation is, even more paramount is his mission to save others from experiencing the sorrow his family has faced since the 2006 wreck that killed his 17-year-old son Reid. Hollister parlayed his grief into action, serving on a Connecticut task force that crafted the state’s overhaul of its Graduated Drivers License law, transforming it into one of the strongest in the country. He spent years studying the whys and wherefores of teen driving, writing a blog called From Reid’s Dad and speaking around the country on the topic of teen driving safety. Just this week Tim Hollister was honored at the annual meeting of the Governors Highway Safety Association with the Peter K. O’Rourke Special Achievement Award for a notable achievement in the field of highway safety

A peculiar accident on an Eastern Kentucky school bus has left the bus attendant hospitalized in critical condition and transportation authorities conducting an investigation. With school children recently returning to class and the big yellow buses resuming their routes, it’s a good time for everyone – students, parents and school district employees alike – to review the rules for safe school bus transportation.

The accident occurred August 14, around 4:00 p.m. A school bus had picked up students at an elementary school and was en route to a middle school for more students. A clipboard stored under the dashboard fell onto the stairs at the front exit of the bus, prompting the bus monitor to leave her seat and step into the stairwell to retrieve the clipboard. The driver briefly took his eyes off the road to watch the attendant, but it was long enough to cause the bus to veer out of the lane. When the driver realized they were headed for some mailboxes, he jerked the bus to the left, causing the monitor to lose her balance and fall against the closed doors. The doors opened and the attendant fell on to the road and rolled into a ditch, unconscious. She was airlifted to a hospital and remains in critical condition.