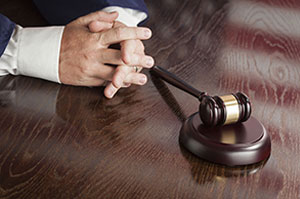 The Department of Justice (DOJ) has announced that, for all of fiscal year (FY) 2015, over $3.5 billion in settlements and judgments were obtained because of fraud cases against the government brought under the False Claims Act (FCA). This marks the fourth consecutive year that recoveries exceeded $3.5 billion. It was also the sixth consecutive year that over 700 new cases were brought under the FCA’s qui tam provisions, which allows whistleblowers (also known as relators) to bring false claims suits on behalf of the government and thereby share in any monetary recovery.

Of the over $3.5 billion that was recovered, about $2.9 billion, or roughly 81 percent, was obtained due to qui tam suits. In the cases where the government refused to intervene, approximately $1.1 billion was recouped. That’s a substantial amount, and in fact, the $1.1 billion figure sets a new record. Also setting a new record was the total amount that was awarded to whistleblowers—a whopping $597 million.

False Claims Act recoveries that occurred during 2015 are noteworthy because they spawned some seeming trends:

What Does This Mean for Me?

How does all of this affect you? If you are considering a whistleblower action, it is more imperative than ever that you consult with a qualified whistleblower attorney to assist you with your claim. Government intervention may not be assured, but certain ways exist that can encourage them to intervene. Federal authorities now appear convinced that the investigation of fraud and false claims against the government should be encouraged, in an effort to see more whistleblowers step forward.