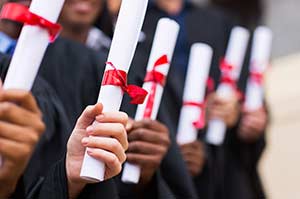 Educational loan abuse and fraud are starting to see their share of whistleblowers bringing cases under the False Claims Act (FCA). Student loans taken under dubious circumstances have become multi-million-dollar moneymakers at for-profit schools like ITT and the University of Phoenix.

In February, 2016, the US District Court of South Carolina awarded a default judgment of $9,283,123 against Lacy School of Cosmetology and its president, Earnest “Jay” Lacy, for false claims involving the US Department of Education and federal student loans and grants. The suit was filed under the qui tam provisions of the FCA, which enables private citizens to bring civil actions on behalf of the government and to receive a share of the recovery.

The whistleblower who brought the case claimed that the school was involved in various illegal practices concerning student loans. When the cosmetology school was investigated, the results indicated that the school intentionally failed to comply with federal student loan program regulations. There were unauthorized disbursements of funds, failures to give students refunds when they had credit balances, and a deliberate hiding of illegal actions by turning in false compliance statements.

Lacy’s schools, which closed in March, 2014, were located in Aiken (main campus), Lexington, Goose Creek and Charleston. Assistant U.S. Attorney Robert Sneed commented, “The Department of Education canceled participation with the Lacy School of Cosmetology because they were not complying with their guidelines. It was discovered that, among other things, the school employed instructors without proper credentials. That can’t happen under the guidelines.”

Both damages and penalties comprise the over $9 million that Lacy and the school have been ordered to pay. The actual damages consisted of $2,078,448 in Pell Grants and $106,593 in federally-backed student loans. Because, according to the False Claims Act’s provisions, damages must be tripled, the total damages amount came to $6,555,123. As for penalties, the FCA compels a civil penalty of $5,500 to $11,000 per violation of the law, which meant a penalties total of $2,728,000.

US Attorney Bill Nettles expressed his pleasure with the outcome. “This use of the False Claims Act shows we are on the leading edge of qui tam litigation across the country. Through this type of litigation we continue our efforts to stop fraud and protect federal funds.”

The whistleblower’s award has not yet been determined, but under the FCA, it can be between 15 and 30 percent when the suit is successful.