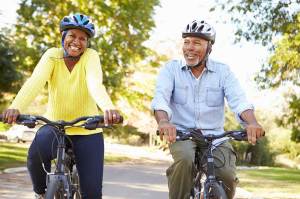 Each year, the Brain Injury Association of America (BIAA) conducts a campaign to increase awareness about brain injuries — their causes, costs and treatment.

It’s not just a matter of putting some comfy foam padding between your head and the hard, rough ground. Brain injuries from a sudden bike crash are similar to those that can be sustained in a car crash: Although the vehicle stops moving, the tissue inside the skull doesn’t. A helmet helps the head slow down gradually by cushioning the blow with specialized foam that crushes and doesn’t bounce back, and the plastic shell helps by allowing the head to slide over the ground so the neck doesn’t get wrenched.

Between 6 p.m. Friday and midnight Monday, 12 people were killed in South Carolina highway accidents, according to the SC Department of Public Safety, up from eight holiday weekend fatalities in the past two years. A significant factor in the increase was the number of motorcyclist deaths. Six motorcycle riders were killed within four days, five of them in Horry County, site of the Atlantic Beach Bikefest. Four bikers died in our state last year over the Memorial Day weekend, and two in 2011.

The weekend started off with two victims being pronounced dead at the scene of a Friday crash in Myrtle Beach near 30th Avenue North and Kings Highway, according to The Sun News. The bike’s driver lost control, crossed the center line and struck a Volkswagen. He and his passenger died in the crash; neither was wearing a helmet. Myrtle Beach police say no charges will be filed in this incident.

On Saturday, an 81-year-old man driving a motorcycle ran into the back of a van that had slowed in traffic on state Highway 22 and was killed. He had been wearing a helmet. The condition of his 80-year-old passenger is not known.

END_OF_DOCUMENT_TOKEN_TO_BE_REPLACED

http://www.thestate.com/local/story/184969.html
It’s been three years since Spartanburg began supporting local bicyclists with special infrastructure and tailor-made programs. Now the city is the only one in South Carolina to be honored by the League of American Bicyclists as a Bicycle-Friendly Community. Spartanburg won a bronze medal in the competition, which featured 24 communities around the country, after an extensive review of city policy towards bikers.

The bronze-level distinction doesn’t just celebrate Spartanburg’s new bike lanes, community bike lending program, and bike rack initiatives. It shows the city’s commitment to safety and convenience for bicyclists, pedestrians and drivers alike. Spartanburg will join cities like Steamboat Springs, Colorado, New York City, and Liberty Lake, Washington as an honored bike city. And its commitment to cyclists should grow in the coming years as the city takes full advantage of a generous grant from the Mary Black Foundation.