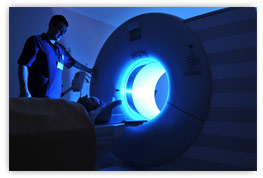 You may have seen the old Bill Cosby comedy routine in which he explains the goofy way little kids act as being on account of “brain damage.” It’s a funny routine, but brain injury is no laughing matter, and a recent survey shows our teens may be suffering more concussions than we realized.

The Canadian survey, published in the Journal of the American Medical Association, found that 20% of Canadian teenagers report having had a traumatic brain injury (TBI) at some point in their life. More than half occurred as a result of a sports injury.

In this study, TBI was defined as “an acquired head injury in which the student was unconscious for at least 5 minutes or hospitalized overnight.” The Centers for Disease Control (CDC) defines a concussion more broadly, as “a type of TBI caused by a bump, blow, or jolt to the head that can change the way your brain normally works.” We might project that if the Canadian teens were not limited to reporting only head injuries of more than 5 minutes’ duration or requiring overnight hospitalization (i.e., using the CDC broader description instead), the percentage having had a TBI would be vastly greater than 20%.
As you might expect, the Canadian survey indicated that more than half of these TBI incidents were from sports, such as ice hockey, skateboarding, and soccer. In South Carolina, every year there are 1,165 non-fatal TBI cases related to sports/recreation, according to the state Department of Health and Environmental Control.

Millions of girls and boys play team sports like hockey, soccer, lacrosse and football where blows to the head from collisions and falls are part of the game. And it doesn’t take one major impact to cause a damage to the brain; a series of smaller jolts can result in head injuries as well.

We want our children to benefit from the physical activity involved in sports, as well as the less obvious benefits of learning teamwork, good sportsmanship, and a competitive spirit. Naturally, we don’t want them to suffer the effects of a brain injury, which can be both immediate and long-lasting. The journal Brain Injury reported a study which showed that concussions can impair short-term memory in teens for at least six months, and these symptoms are worse in teens than kids or adults. Researchers from Ohio State University found that concussion-related memory problems in children aged 8 to 15 can last even a year after the concussion occurred.

If your child plays a sport in which concussions are a possibility, make sure the team’s coach is experienced and one who discourages unsafe play. He or she should be aware of and watching for the symptoms of concussion. South Carolina has a new youth-concussion law on the books, which will be in place for the 2013-2014 school year. It requires distribution of information to players and coaches, but does not mandate concussion training for coaches or trainers.

Both parents and athletic officials should be aware of the signs and symptoms of a concussion:
* Being dazed, confused, or stunned
* Experiencing a brief loss of consciousness
* Headache
* Dizziness
* Memory loss
* Tiredness or listlessness
* Irritability or crankiness
* Changes in eating or sleep patterns
* Loss of balance or unsteady walking
* Vomiting.

Is there an app for that? Actually there are several apps to help screen athletes when a concussion is suspected. See more here: http://www.brainline.org/content/2011/07/top-4-concussion-screener-apps-for-athletes.html
If your child suffers a traumatic brain injury which should have been preventable, the Louthian Law Firm will be glad to advise you. Call (803) 454-1200.