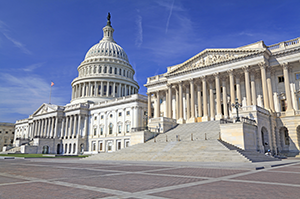 You’d think that Congress would take care of its own. When it comes to benefits, it seems as if they always do. So it might astonish you to know that, of all the classes of people protected by whistleblower laws, Congressional staffers have been left out in the cold. They are not protected.

In October, 2015, Major Bradley Podliska was fired while working for the House Select Committee on Benghazi. Major Podliska claims he was fired because he would not restrict the focus of his inquiry to former Secretary of State Clinton and the State Department.

What Does This Mean?

Effectively, the lack of whistleblower protection for Congressional staffers means that anyone who might have a reasonable suspicion of Congressional corruption is silenced. Legislative aides must keep their mouths shut if they witness abuse of power, fraud, or the wasting of taxpayer money, or else risk losing their jobs (and possible future employment). After all, who would be willing to step forward in the face of such sanctions as losing your livelihood, simply for telling the truth?

Because Podliska worked as a staffer for the legislative branch, the existing federal whistleblower laws offered him no protection whatsoever. Major Podliska’s attorneys say that they will file suit, claiming that Podliska suffered retaliation from senior committee members because he took leaves when the Air Force twice called him into active duty.

The committee alleged that the reason Podliska was fired was that he mishandled classified information, but there are doubts that he actually did so.

Workers in the executive branch of our government file about 1,500 reports each year, alleging whistleblower retaliation. A fair number of these reports have focused needed attention on reforming government services, such as the various improvements brought about by Veterans Administration and TSA whistleblowers. So it is likely that whistleblowing by workers in the legislative branch could also result in needed changes. And yet Congressional staffers have no protections, unlike many other public and private employees who witness fraud and lawbreaking and step forward to report it.

Legislative branch abuses mean that our lawmaking body cannot govern effectively. Such abuses also impact taxpayer funds and contribute to the continuing destruction of the people’s trust in democratic government. The legislative staffers who have the courage to step forward should be afforded the same protections as other public employees. It is time for Congress to do something about this issue.