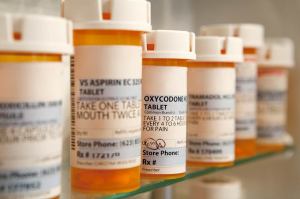 According to its own website, the FDA “is responsible for protecting the public health by assuring the safety, effectiveness, quality, and security of human and veterinary drugs, vaccines and other biological products, and medical devices.”

But does the FDA protect the public? As recently reported by Slate magazine:

“When the FDA finds scientific fraud or misconduct, the agency doesn’t notify the public, the medical establishment, or even the scientific community that the results of a medical experiment are not to be trusted. On the contrary. For more than a decade, the FDA has shown a pattern of burying the details of misconduct. As a result, nobody ever finds out which data is bogus, which experiments are tainted, and which drugs might be on the market under false pretenses. The FDA has repeatedly hidden evidence of scientific fraud not just from the public, but also from its most trusted scientific advisers, even as they were deciding whether or not a new drug should be allowed on the market. Even a congressional panel investigating a case of fraud regarding a dangerous drug couldn’t get forthright answers. For an agency devoted to protecting the public from bogus medical science, the FDA seems to be spending an awful lot of effort protecting the perpetrators of bogus science from the public.”