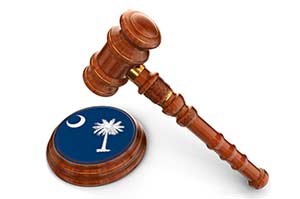 On December 3, 2015, the District of South Carolina’s U.S. Attorney’s Office announced that it had collected over $7 million during fiscal year 2015 for U.S. taxpayers in various criminal and civil cases. In criminal actions, roughly $4.4 million was received, while for civil actions, the amount was almost $2.7 million. Most of the $7 million collected came from False Claims Act and whistleblower actions.

In the first of the two largest payouts, a large contractor working at the Savannah River Site, a nuclear reservation near Aiken, SC, settled with the government for $3.8 million. The government alleges that Parsons Government Services committed several False Claims Act violations centered on overcharging taxpayers with regard to its employee per diem and relocation compensation. If true, these practices would have greatly and unnecessarily inflated costs borne by the taxpayer. It should be noted that the claims resolved by the settlement carry no determination of liability on the part of Parsons, but we can only hope that the win will deter future wrongdoing by others who work for the Department of Energy.

In the second of the two largest payouts, HCA Holdings, Inc. settled allegations of health care fraud involving diagnostic testing for $2 million. The amount includes damages and penalties. In this case, an HCA employee blew the whistle, bringing a qui tam lawsuit under the False Claims Act. It was alleged that HCA hospitals submitted claims both for unnecessary tests and for the double-billing of certain tests. Double-billing constitutes fraud. The whistleblower will receive 20 percent of the settlement, or $400,000.

As part of his December announcement regarding the funds collected for US taxpayers because of the successful anti-fraud cases, United States Attorney Bill Nettles said, “Our office has made a substantial commitment to combatting fraud and collecting funds improperly procured. Our commitment, including 10 full time lawyers and investigators, has made this district one of the leaders in combatting government fraud. We hope that businesses and individuals who commit fraud recognize that the consequences of fraud are more than just the cost of doing business.”